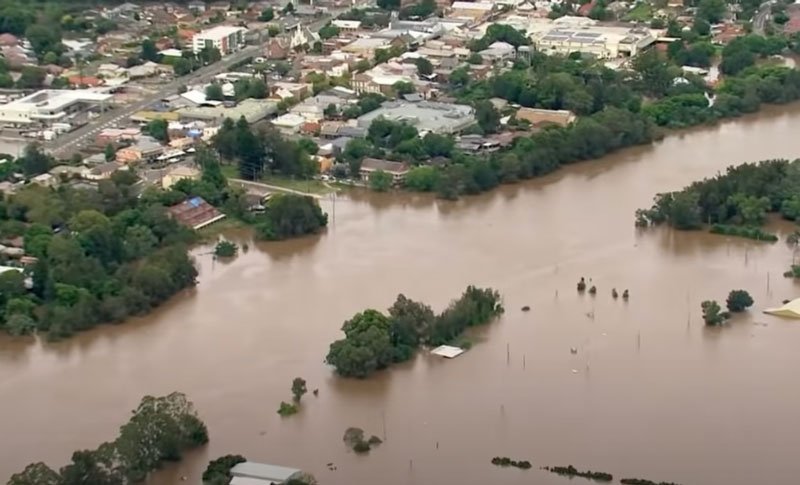 The government in New South Wales (NSW) has unveiled a A$1 billion plus aid strategy as homeowners in the Australian state return following what has been described as the most expensive floods in the nation’s history.

In a statement the state’s Premier has revealed in the 12 days since the first disaster declarations were made, around $1.5 billion of support has been committed to the recovery from the NSW Government in partnership with the Commonwealth.

The NSW emergency services and the Australian Defence Force revealed that they currently have 8,000 active personnel across the state, to ensure supplies reach communities that are still cut off by floodwaters, as well as supporting communities with the huge clean-up operation.

They have also started the process of transitioning people from evacuation centres, hotels and motels, into longer-term accommodation as part of a $285 million Temporary Housing Support Package.

“Our key focus areas right now are clean-up, housing and financial supports. We know there is more to do and this is just the start of the recovery process and we will be with communities every step of the way,” he said. “We have close to 100 clean-up crews in action across Northern Rivers and the Hawkesbury regions, removing 4,000 tonnes of waste a day. These crews have shifted on average over the past four days, the same amount of waste that was shifted in four weeks post the February/March 2021 floods in Port Macquarie, Kempsey and Nambucca.

“We are rolling out our standard recovery supports as quickly as possible, as well as addressing specific needs as they arise. This is why we didn’t wait and set up our housing package ahead of time so we can assist the 2,000 people we are helping with accommodation transition into more medium-term accommodation.

“We’ve also announced $25 million in mental health support, topping up numerous mental health programs to reach more people and support them through what for many has been a deeply traumatic event.”

Deputy Premier Paul Toole added: “Our whole of Government approach is driving this rapid response to ensure affected communities are able to rebuild their lives and livelihoods, faster.”

Minister for Emergency Services and Resilience and Minister for Flood Recovery Steph Cooke said thousands of emergency services personnel have kick-started the clean-up by making roads accessible, helping with the washout of properties, and removing bulk waste.

“SES teams are undertaking damage assessments on households, businesses and industry premises, with close to 15,000 completed so far,” she explained.

US can replace Russian gas supply
Scroll to top