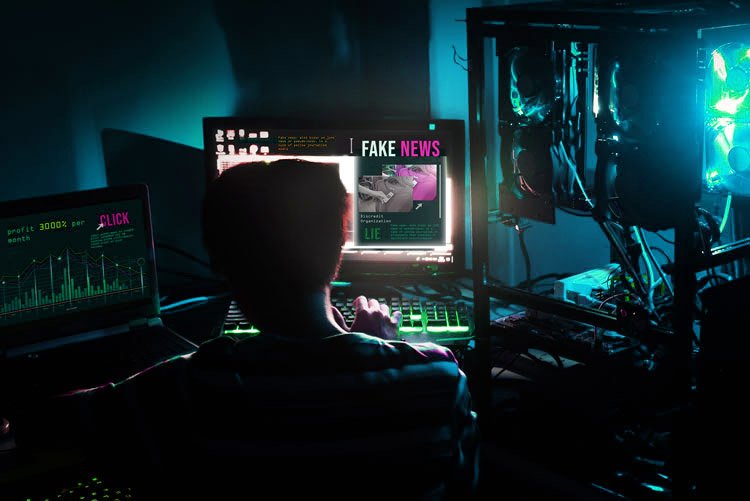 The ability of Artificial intelligence (AI) to identify fake news and clickbait online has been thrown into doubt by new research.

Rising fears around the use of fake news by both criminals and activists had seen the use of AI to identify and block the stories and clickbait article seen as a major weapon in eradicating the misinformation.

However, a team of researchers has found that clickbait headlines might not be as enticing to readers as once thought. The study also found AI may also come up short when it comes to correctly determining whether a headline is clickbait.

In a series of studies, the researchers found that clickbait headlines – that often rely on linguistic gimmicks to tempt readers to read further – often did not perform any better and, in some cases, performed worse than traditional headlines.

Because fake news is a concern on social media, researchers have explored using AI to systematically identify and block clickbait. However, the studies suggested that identifying fake news with artificial intelligence may be even more complicated than anticipated, said S Shyam Sundar, James P Jimirro professor of Media Effects in the Donald P Bellisario College of Communications and co-director of the Media Effects Research Laboratory.

“One of the ideas in fake news research is that if we can just solve the clickbait problem, we can get closer to solving the fake news problem,” said Sundar, who also is an affiliate of Penn State’s Institute for Computational and Data Sciences (ICDS). “Our studies push back on that a little bit. They suggest that fake news might be a completely different ballgame, and that clickbait is itself more complicated than we thought.”

In the first study, the research team randomly assigned 150 participants to read one of eight different types of headlines and measured if the participants would then read or share the story. The participants read either a traditional headline, or a headline that relied on one of the seven types of clickbait features, including headlines with questions, lists, “Wh” words (i.e., what, when), demonstrative adjectives (i.e., this, that), positive superlatives (i.e., best, greatest), negative superlatives (i.e., worst, least), or modals (i.e., could, should). The headlines were taken from both reliable and unreliable online sources and classified using algorithms developed to detect clickbait.

“One of the questions we had initially was, which of those clickbait features would attract more clicks?” said Maria Molina, assistant professor of advertising and public relations at Michigan State, who is the lead author of the study. “We wanted to explore that more in depth, but when we analysed the results, we realized there were no significant differences, and, if anything, people were more attracted to non-clickbait headlines. So, from there, we figured there might be some reasons why this might have happened.”

The researchers conducted a second study to make sure that other factors such as the subject matter of each headline, were not confusing the results.

According to Dongwon Lee, Professor of Information Sciences and Technology at Penn State, the team conducted a third study to examine several types of AI, or machine-learning models, that were used in the study to classify headlines as either clickbait headlines or not. They found that the models frequently disagreed about whether the headline was clickbait or not.

Performance of AI and machine learning models tends to vary, said Lee, who is an ICDS affiliate. When the headlines classified by each model were assessed against the number of clicks, three of the four models consistently showed that demonstrative adjectives, lists and “wh” words attracted more engagement from readers than non-clickbait headlines.

“As these machine learning models are the product of the past several decades, we have many variations — some are very simple, some run very fast, yet others are more complicated and require a lot of resources,” said Lee. “It is like when you assemble a desk — you can do the job with a screwdriver that costs $5 but can probably do the job faster with a power drill costing $50. So, depending on the inherent power of these machine-learning models, and the training dataset the models are given, they tended to have different levels of performance and varying pros/cons.”

However, these findings raise doubts about using AI to detect fake news by classifying the headlines alone.

“People were putting a lot of stock into using clickbait headlines as an element for fake news detection algorithms, but our studies are calling this assumption into question,” said Sundar.

He added that the studies also suggest that programmers who develop algorithms to detect fake news may have to continually adapt as human fake news producers, and media consumers, become savvy to the elements that make up fake news.

“It becomes a bit of a cat and mouse game,” said Sundar. “The people who write fake news may become aware of the characteristics that are identified as fake news by the detectors and they will change their strategies. News consumers may also just become numb to certain characteristics if they see those headlines all the time. So, fake news detection must constantly evolve with the readers as well as the creators.”

In a series of studies, the researchers found that clickbait, headlines that often rely on linguistic gimmicks to tempt readers to read further, often did not perform any better and, in some cases, performed worse than traditional headlines.