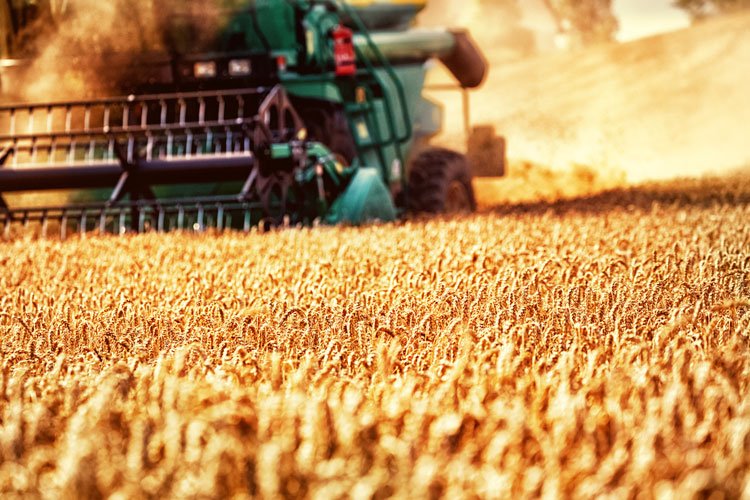 A new study warns that the world is facing a looming crisis as water scarcity for agricultural production is set to significantly increase.

The study found agricultural water scarcity is expected to increase in more than 80% of the world’s croplands by 2050, according to a new study.

The new study examined current and future water requirements for global agriculture and predicts whether the water levels available, either from rainwater or irrigation, will be sufficient to meet those needs under climate change. To do so, the researchers developed a new index to measure and predict water scarcity in agriculture’s two major sources: soil water that comes from rain, called green water, and irrigation from rivers, lakes and groundwater, called blue water. It’s the first study to apply this comprehensive index worldwide and predict global blue and green water scarcity as a result of climate change.

“As the largest user of both blue and green water resources, agricultural production is faced with unprecedented challenges,” said Xingcai Liu, an associate professor at the Institute of Geographic Sciences and Natural Resources Research of the Chinese Academy of Sciences and lead author of the new study. “This index enables an assessment of agricultural water scarcity in both rainfed and irrigated croplands in a consistent manner.”

In the last 100 years, the demand for water worldwide has grown twice as fast as the human population. Water scarcity is already an issue on every continent with agriculture, presenting a major threat to food security. Despite this, most water scarcity models have failed to take a comprehensive look at both blue and green water.

Green water is the portion of rainwater that is available to plants in the soil. A majority of precipitation ends up as green water, but it is often overlooked because it is invisible in the soil and can’t be extracted for other uses. The amount of green water available for crops depends on the how much rainfall an area receives and how much water is lost due to runoff and evaporation. Farming practices, vegetation covering the area, the type of soil and the slope of the terrain can also have an effect. As temperatures and rainfall patterns shift under climate change, and farming practices intensify to meet the needs of the growing population, the green water available to crops will also likely change.

Mesfin Mekonnen, an assistant professor of Civil, Construction and Environmental Engineering at the University of Alabama who was not involved in the study, said the work is “very timely in underlining the impact of climate on water availability on crop areas.”

“What makes the paper interesting is developing a water scarcity indicator taking into account both blue water and green water,” he said. “Most studies focus on blue water resources alone, giving little consideration to the green water.”

The researchers find that under climate change, global agricultural water scarcity will worsen in up to 84% of croplands, with a loss of water supplies driving scarcity in about 60% of those croplands.

Changes in available green water, due to shifting precipitation patterns and evaporation caused by higher temperatures, are now predicted to impact about 16% of global croplands. Adding this important dimension to our understanding of water scarcity could have implications for agricultural water management. For example, Northeast China and the Sahel in Africa are predicted to receive more rain, which may help alleviate agricultural water scarcity. However, reduced precipitation in the midwestern U.S. and northwest India may lead to increases in irrigation to support intense farming.

The new index could help countries to assess the threat and causes of agricultural water scarcity and develop strategies to reduce the impact of future droughts.

“Longer term, improving irrigation infrastructure, for example in Africa, and irrigation efficiency would be effective ways to mitigate the effects of future climate change in the context of growing food demand,” Liu said. 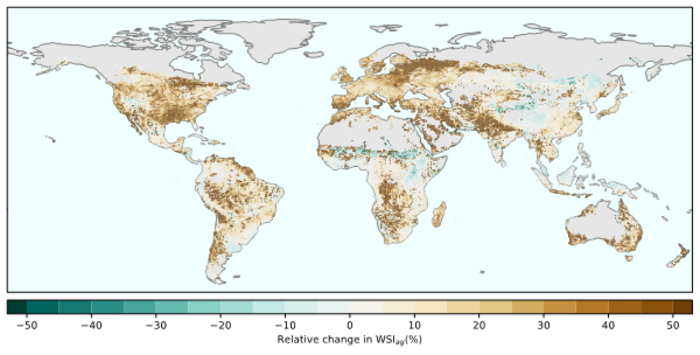