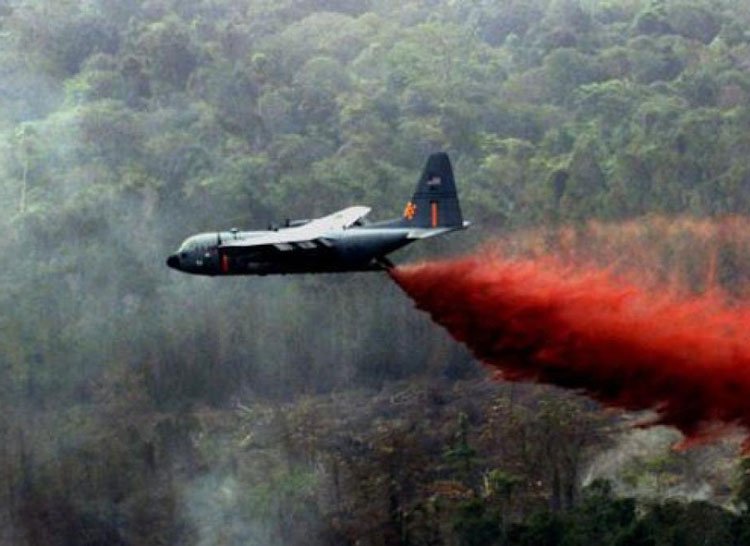 A French court has begun hearing a high profile lawsuit against 14 international firms that allegedly made or sold the highly toxic chemical popularly known as ‘Agent Orange’.

The lawsuit has been brought by Tran To Nga, a 78-year-old French-Vietnamese woman, against a dozen chemical multinationals for supplying the chemical ­– a herbicide and defoliant ­– to the US military during the Vietnam War.

Agent Orange was one of a class of color-coded herbicides that US forces sprayed over the rural landscape in Vietnam from 1961 to 1971 to defoliate trees and shrubs and kill food crops that were providing cover and food to opposition forces.

The companies named in the legal action include the Dow consortium and Monsanto, now owned by German giant Bayer.

Backed by several NGOs, the legal action accuses the companies of being responsible for injuries sustained by Tran To Nga, her children and countless others, as well as for damage done to the environment.

The multinationals have argued that they could not be held responsible for the use the American military made of their product.

Bayer said that Agent Orange was made “under the sole management of the US government for exclusively military purposes”.

Four million people in Vietnam, Laos and Cambodia were exposed to Agent Orange, according to the NGOs, over a decade when the US military sprayed an estimated 76 million litres of the herbicide and defoliant chemical to halt the advances of communist North Vietnamese troops.

The US ended the use of defoliant chemicals in the war in 1971, before withdrawing from Vietnam in 1975.

Agent Orange destroyed plants, polluted the soil and poisoned animals, as well as causing cancer and malformations in humans, the NGOs claim.

“I’m not fighting for myself, but for my children and the millions of victims,” said Tran To Nga, who claims that Agent Orange attacked people’s immune system.

The plaintiff and her lawyers are expected to argue that the makers of Agent Orange misled the US government as to its true toxicity.

The trial in the southern Paris suburb of Evry was originally due to open in October, but its start was postponed due to Covid-19 restrictions.

So far, only military veterans – from the US, Australia and Korea – have won compensation for the after-effects of the chemical whose toxic properties Cabanes claimed were “absolutely phenomenal” at around 13 times the toxicity of herbicides in civilian use such as glyphosate.