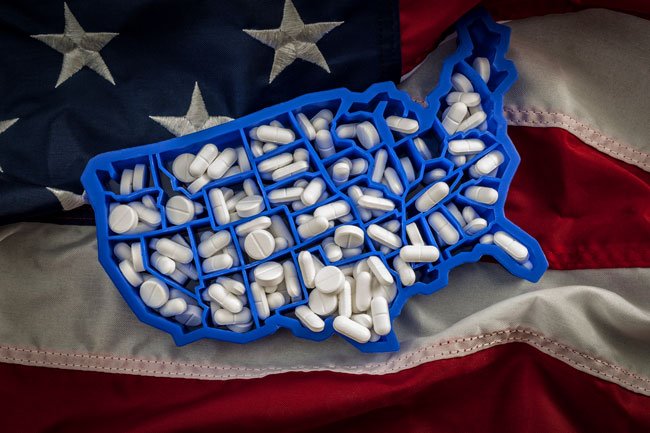 Four leading pharmaceutical manufacturers, including Johnson & Johnson and Teva Pharmaceutical Industries, will go to trial today (19 April) over allegations they helped fuel an opioid crisis that, it is claimed, has resulted in nearly 500,000 overdose deaths in the United States.

The pharmaceutical companies deny wrongdoing, arguing they acted appropriately in marketing medications approved by the US Food and Drug Administration, and that the counties cannot prove their promotion of opioids caused the crisis.

J&J in a statement called its marketing of the drugs “appropriate and responsible,” while Israel-based Teva said it will defend itself against these “unproven allegations.”

Endo and Allergan have not commented publicly.

The trial is one of several looking to hold companies accountable for the overdose and abuse crisis that are set to take place this year after the coronavirus pandemic delayed litigation, putting renewed pressure on them to enter into multi-billion dollar settlements.

However, it is only the second to go to trial so far out of thousands of similar lawsuits.

If the companies are held liable by Orange County Superior Court Judge Peter Wilson following a trial conducted virtually, the counties say they should have to pay $50 billion to help foot the costs of abating the public nuisance they created plus penalties.

Opioids have resulted in the overdose deaths of nearly 500,000 people from 1999 to 2019 in the United States, according to US Centers for Disease Control and Prevention.

Despite the understandable media focus on the US opioid litigation, it is far from the only nation facing up to a potential opioid crisis.

A recent report from the United Nations (UN), for example, pointed to a shocking fivefold increase in opioid use in the Indian subcontinent.

If the companies are held liable by Orange County Superior Court Judge Peter Wilson following a trial conducted virtually, the counties say they should have to pay $50 billion to help foot the costs of abating the public nuisance they created plus penalties.