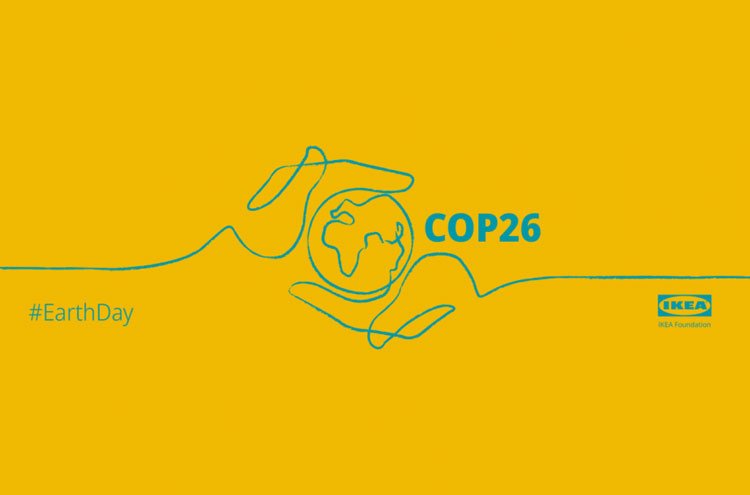 The CEO of the IKEA Foundation has warned that unless the world wakes up to the need for urgent climate action million around the globe will be facing extreme poverty in the coming decades.

The retail giant’s foundation and The Rockefeller Foundation have agreed to combine forces to set up a $1 billion global platform to fight climate change and energy poverty.

The platform, which will launch later this year, aims to reduce 1 billion tons of greenhouse gas emissions and to empower 1 billion people with distributed renewable energy (DRE).

“If global energy consumption doesn’t change from fossil fuels to renewable energy, we will not meet the Paris Agreement ambitions and millions of families will be left behind in poverty. We need to be honest and recognize that the current approach is not delivering the impact the world needs in the time that we have,” said Per Heggenes, CEO IKEA Foundation.

“Our collective ambition is to create a platform that supports renewable energy programmes which can deliver greenhouse gas reductions fast and efficiently and accelerate the energy transition. We need to replace polluting sources of energy with renewable ones, provide access to energy to communities and unlock further funding for sustainable models. Ultimately, we aim to unite countries and communities in urgent action to tackle the climate crisis, reduce 1 billion tons of greenhouse gas emissions and, by doing so, we hope to positively impact the lives of 1 billion people,” he added.

The planned renewable energy will be generated from sources such as mini-grid and off-grid solutions, located near the point of use, rather than centralised sources like power plants.

“The new global platform will oversee the organizations’ combined matching funds,” said the two organisations in a statement. “It aims to deliver clean and reliable power to the 800 million people worldwide who lack electricity, and a further 2.8 billion who have unreliable access. It will be run as a public charity to manage a concerted effort to rapidly channel development funds to life-changing projects on the ground.”

They added while funding to support energy transition has increased at a global level, many organizations struggle to identify viable, investment-ready projects. As a result, many emerging economies still depend on unreliable and polluting energy sources. By creating a platform to deploy catalytic capital more efficiently, and at scale that supports the expansion of local renewable energy projects, governments will be better able to achieve renewable electrification and development targets.

Millions of lives and trillions of dollars have been lost to Covid 19, forcing people back into poverty after decades of progress. The effects of the climate crisis will make this even worse, which is why we must invest now to reverse this downward spiral,” said Dr. Rajiv J. Shah, President of The Rockefeller Foundation.

He added: “Big, bold, and pioneering collaboration and investment is required not only for the short term, but also the long term, to galvanize a better future. That is why we are announcing our largest commitment to date and joining forces with IKEA Foundation to double that investment. Our partnership will unlock the financing and resources that are essential to provide clean, reliable electricity that improves the lives and livelihoods of people everywhere.”

To facilitate the joint investment, The Rockefeller Foundation will incubate the platform in RF Catalytic Capital which the foundation launched in 2020. This seeks innovative ways for impact investors, and governments to combine their resources and expand their global philanthropic reach.